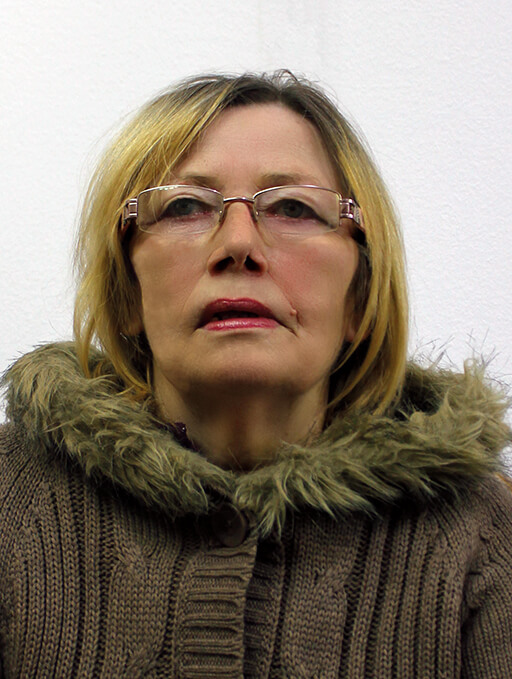 Ana Knjazovic was born in 1950, in Kovačica. She completed primary and secondary education in her hometown and graduated at the Faculty of Political Science in Belgrade. Since 1976 she has been a socio-political worker in Kovačica, for ten years she was an editor-in-chief or Radio Kovačica and in 1993 of Radio Đakovica.

She has started painting when she was very young. Her father, one of the founders of naïve art in Kovačica, Jan Knjazovic, had a great influence on her. She participated with her father in an art colony for the first time in 1967. In 2000, she became a member of the Gallery of Naïve Art in Kovačica.

Ana Knjazovic follows the steps of her family tradition. Her favorite motifs are animals and particularly horses. She also paints the moon, corn, night, winter… She does not use more than four colors but her work is not a copy of her father’s work. The difference is primarily in the composition itself which is freer than the one of her father.

During her career as an artist, she had more than 50 individual exhibitions and she also participated in many collective exhibitions, art colonies, and humanitarian actions in Serbia and abroad.

Ana Knjazovic's artworks in the fund of Gallery of naive art: